A complex wine, almost alchemical, that moves and fascinates whoever tastes it. The perfect expression of this part of the island. 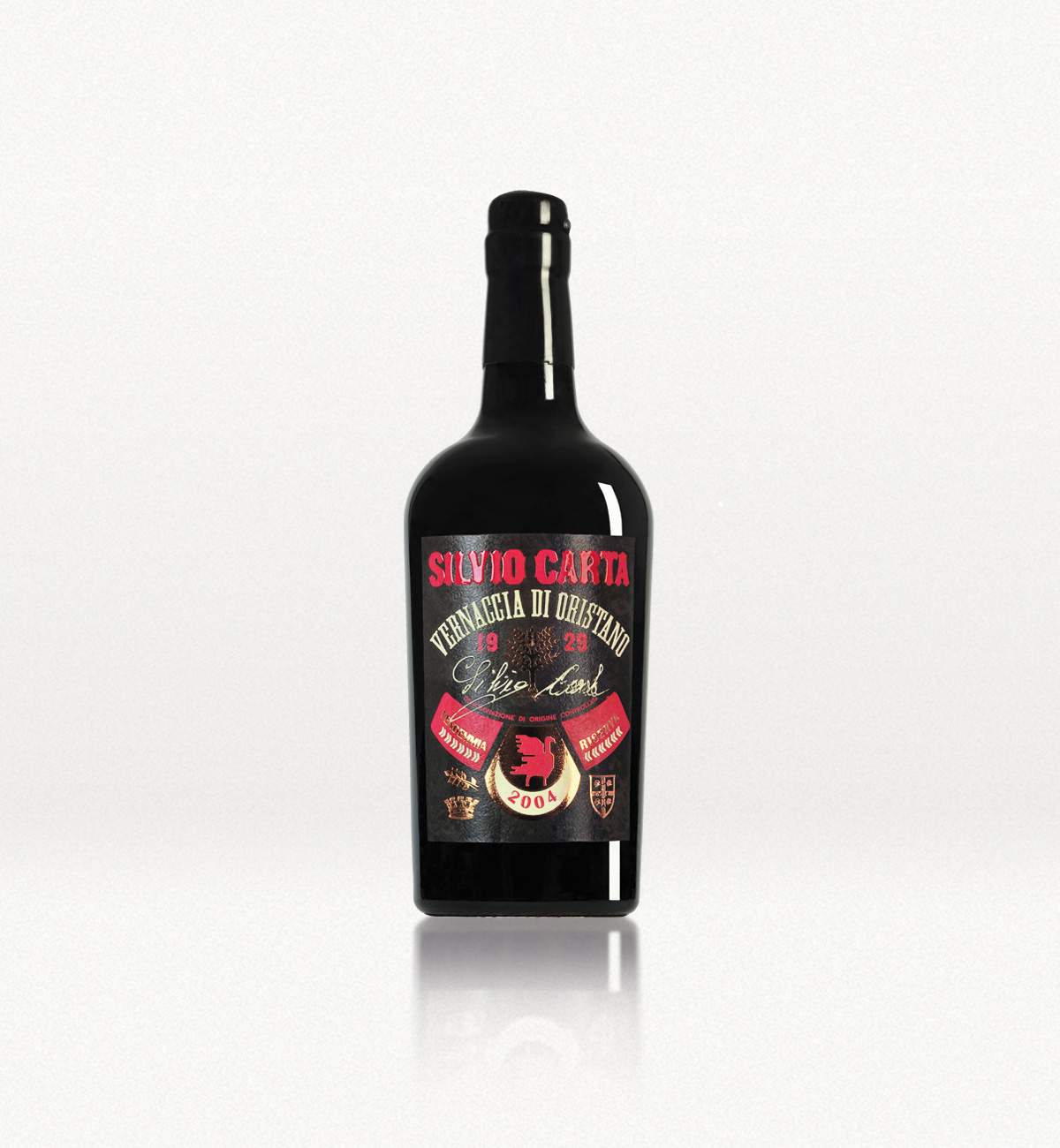 Articulate, moderately sweet and fresh, almost a liqueur. It ends with a lingering bitter almond note.

When talking about Vernaccia di Oristano, it is impossible not to mention Silvio Carta. Anchored to the tradition of this precious wine, Silvio Carta’s company can be considered one of the most prestigious winemakers in Sardinia. Since the beginning of the ’50s, the cellar has mainly focussed its attention on the appreciation of this wine, the most ancient in the area with alleged healing properties and uncertain origins. Supposedly, the vine variety originated on the island. According to numerous archaeological finds discovered in the ancient town of Tharros, near Oristano, the Vernaccia wine was already cultivated in the area. Sardinia has the climate and territory conditions for the spreading of the Vitis vinifera (common grape vine), which was certainly growing spontaneously since ancient times. The Vernaccia history is similar to that of the grape vine and viticulture and it is assumed that it was present since the development of the first human communities on the island. It is not clear if its name comes from Vernum, which means ‘spring’ (rebirth) or more likely from Vernacula, which means ‘local’.

Great as dessert wine, goes perfectly with oyster and keeps the balance when eating croutons with bottarga on top.