Servito is a Vermouth 2.0. Exuberant and lively like the young Vernaccia from which it derives, it is fragrant and aromatic, soft and savoury. 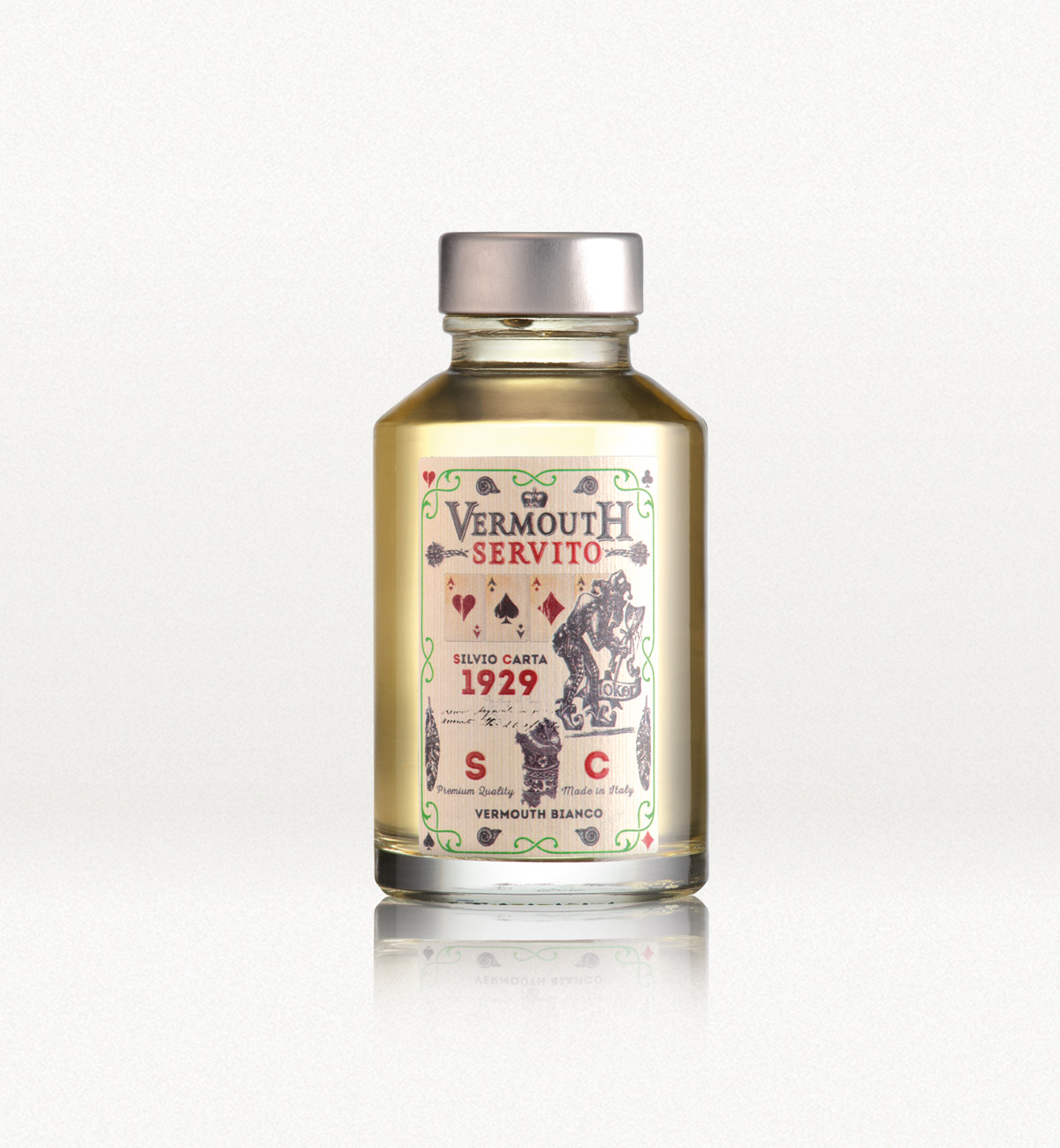 Multiple aromas of the maquis with a predominance of senecio.

Elegant, refined and smooth, with a marine ending.

Situated in the province of Oristano, Baratili San Pietro is a small town of about 1,300 inhabitants. It has always been the biggest production centre of Vernaccia wine. The origins of a wine similar to Vermouth in our town can be traced back to the Second World War, a period when Vernaccia production reached historically low levels because the workforce was at the front and vineyards were looked after by younger or elderly men. In addition to the low production, the government imposed the requisition of foodstuffs – wine included – encouraging the development of the black market. Baratili San Pietro was fully influenced by this exchange of products in kind and all possible strategies were adopted to hide the actual production. The young wine was exchanged in terracotta containers of around 20 litres; however, they limited the lifetime of the wine because they had a wide opening that was difficult to cork. They were hidden in the most remote areas of courtyards and covered with bundles of wood. During the summer of 1945, Elio Carta’s grandfather forgot some of these containers, which were then discovered the following winter. To great surprise, they realised that the wine hadn’t gone bad. On the contrary, it had acquired a scent and a bouquet full of floral notes. Those scents and aromas were coming from the cork, where some spontaneous plants had grown: one of these was senecio serpens, responsible for the most intense aromatic part. Elio Carta’s grandfather asked some friends to taste the wine as it was, but they were not impressed. Then, Elio’s grandmother added a small amount of sugar and everyone was happy. From here, Elio’s idea came to produce white Vermouth in remembrance of his grandfather and of those times.

The perfect aperitif!
Straight from the fridge or drink it on the rocks with a slice of lemon.