Red lips like blood, white skin like snow, ebony hairs color and big unaffected eyes.
It is a story that was born in Piedmont by their most famous lovers.
It is the story of Vermouth.
Elio Carta writes again the future, creating a jewel of pure Sardinian passion:
The red Vermouth. 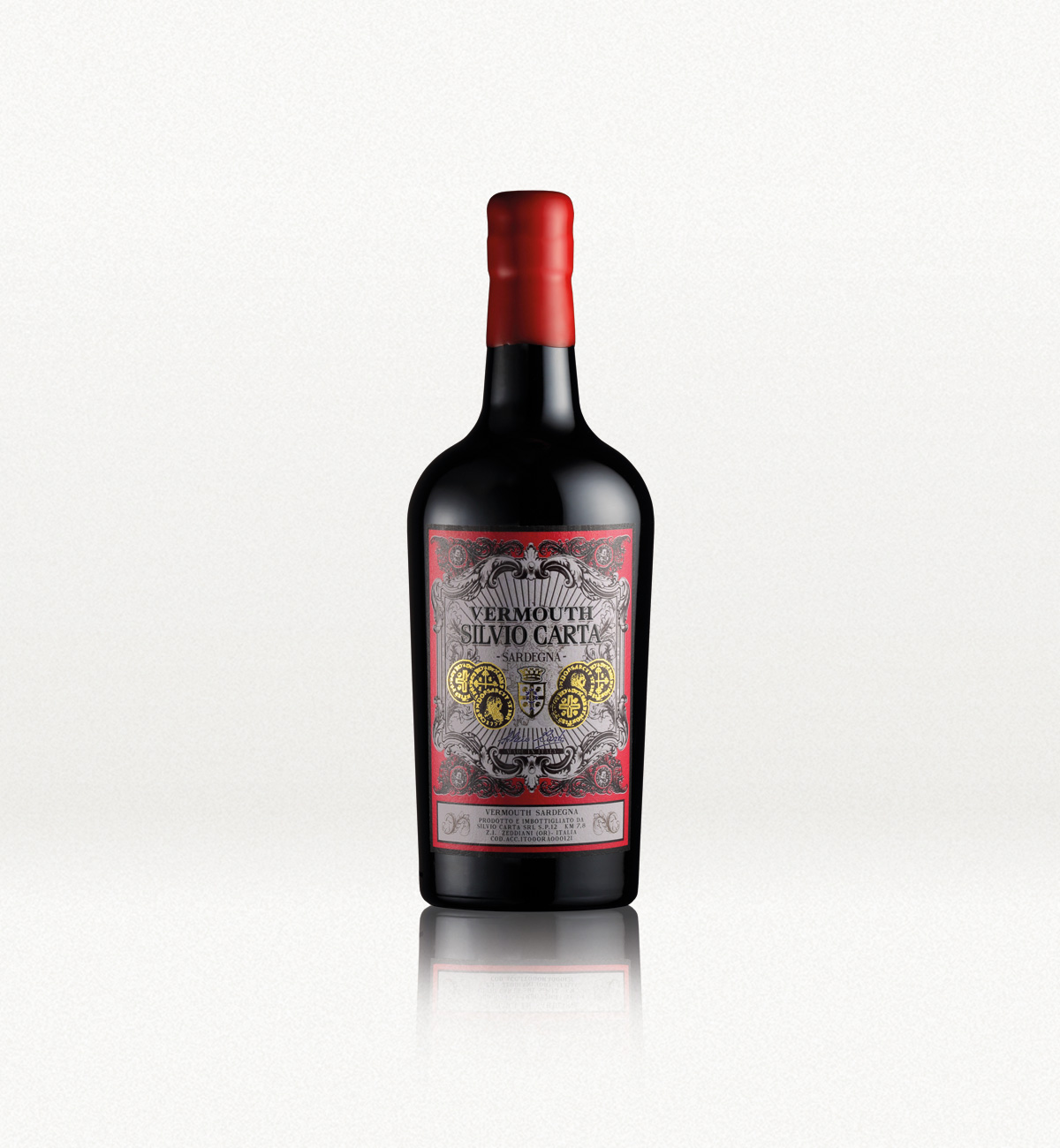 Intense, full and smooth, on perfect balance with a alcoholic touch, rich in shades of grass and ripe fruit, strong cleaning ending that brings behind a long mineral trail.

With Second World War in full swing, able men were all at the front while, in the countryside, young boys and retired men were working to help families survive. Due to the available workforce, production was quite limited. Despite this, the government enforced the requisition of foodstuffs, with the immediate result being the birth of the black market. Consequently, it became necessary to hide the real production of various goods.

Exchanged in wooden containers with a capacity of 50 litres, wine was hidden among shrubs in the countryside. In Sardinia, helichrysum shrubs were used. That idea worked well during the cold months, but during the summer the wine acquired not only the helichrysum scent but also a high alcohol content and a strong bitter note. That became a serious problem because nobody wanted such a bitter product.

Despite people’s best efforts, it wasn’t possible to understand what happened at the time. The smuggled wine continued to be exchanged, but during winter months only. Later on, it was possible to understand that this characteristic was caused by storing the wine in chestnut barrels. This wood is very large and, during the summer when water was evaporating through transpiration, the alcohol content was increasing causing the wine to get the intense scent of the helichrysum plants.

After the war and with the economic recovery in Sardinia, as in the rest of Italy, the trend of Vermouth got a foothold. While tasting it, Silvio Carta remembered what happened with the smuggled wine. He realised that the difference was simply in the addition of sugar.

That’s how the idea of producing Vermouth from the Vernaccia wine following the ancient recipe originated, creating a truly unique product in its class.

Do you want to take your taste buds on a fantastical journey? Red Vermouth and Parmigiano Reggiano 60 months. That’s it.