GINIU, our different spirit. International, like the best London dry gins, but with the details that make it pure Sardinian essence. It is the ultimate Gin. Opening its precious bottle, it releases all the characteristic aromas of the Mediterranean maquis. Tasted straight, it is velvety and well balanced thanks to the salty and iodised notes that come directly from the sea. Its mark persists on the palate, like an unforgettable memory. 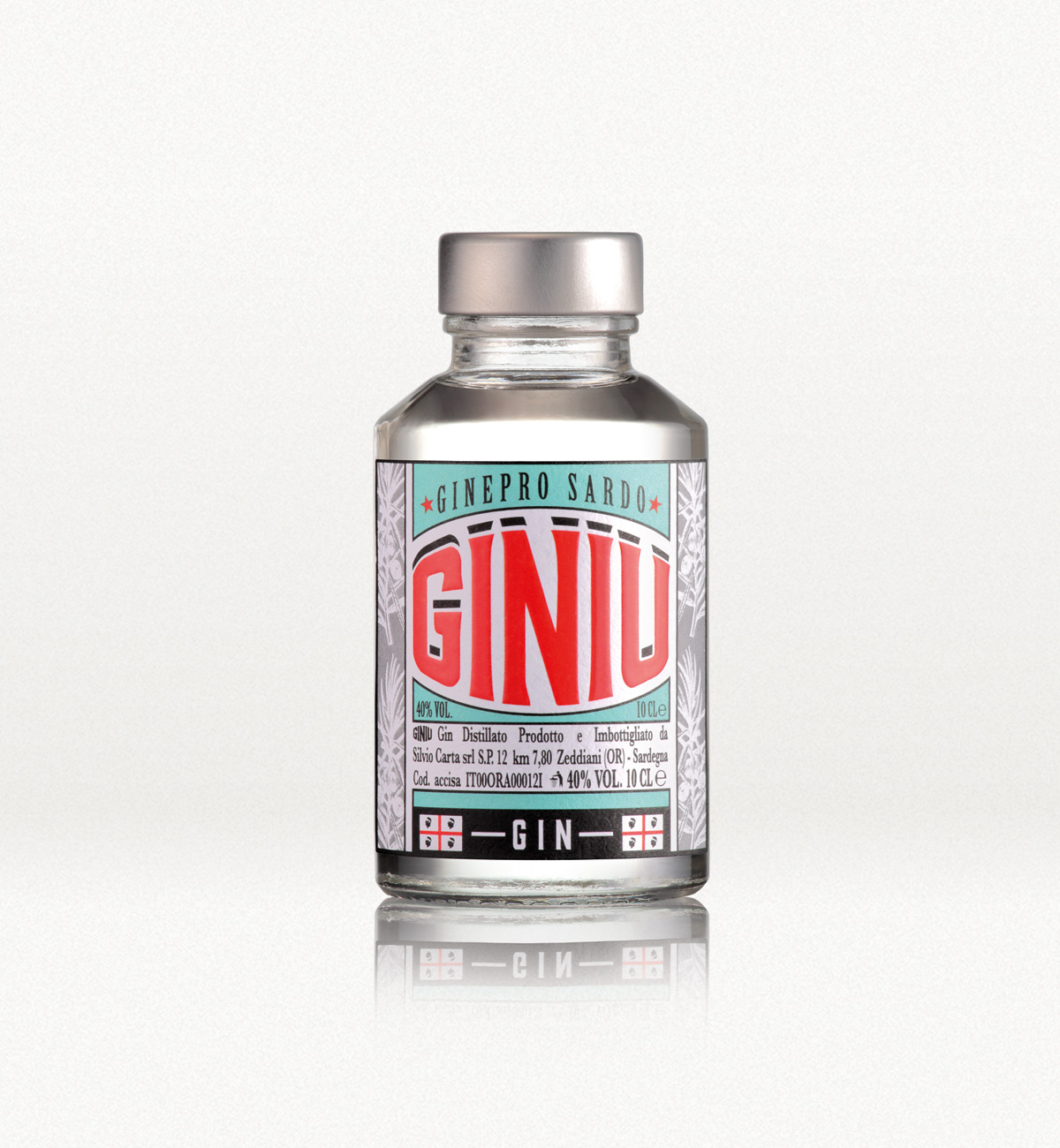 Characteristic, with sensational references to the wild herbs of the island.

Excellent expression of savoury flavour, delicateness and softness. The essence of Sardinia is found within it.

Beginning in 1946, just after the end of the Second World War, an intense smuggling distillation activity developed in Sardinia. It was taking place outside in courtyards and generally during winter nights. From light to regular wine and from pomaces to citrus fruits. In particular, the distillation involved the most representative products of the area in terms of quality and quantity: Vernaccia grape, Vernaccia wine and juniper cones.

When selling the produce, names were chosen in order to identify the product but in a way that would not allow the law enforcement bodies to associate them with the illegal distillation.

Born in honour of its ancient tradition, GINIU is considered one of the top 10 Italian Gins today.

The recipe is that of the classic Italian Gin & Tonic in a high tumbler with ⅘ ice cubes, Giniu and your favourite tonic water. We suggest you try it with a Mediterranean tonic water. To garnish, a sprig of fresh thyme will further enhance the aromas of your drink.