Filu ‘e Ferru’ is synonymous with Sardinia. Silvio Carta has reinterpreted it, bottling only the heart of distillation. The true essence of Sardinia. 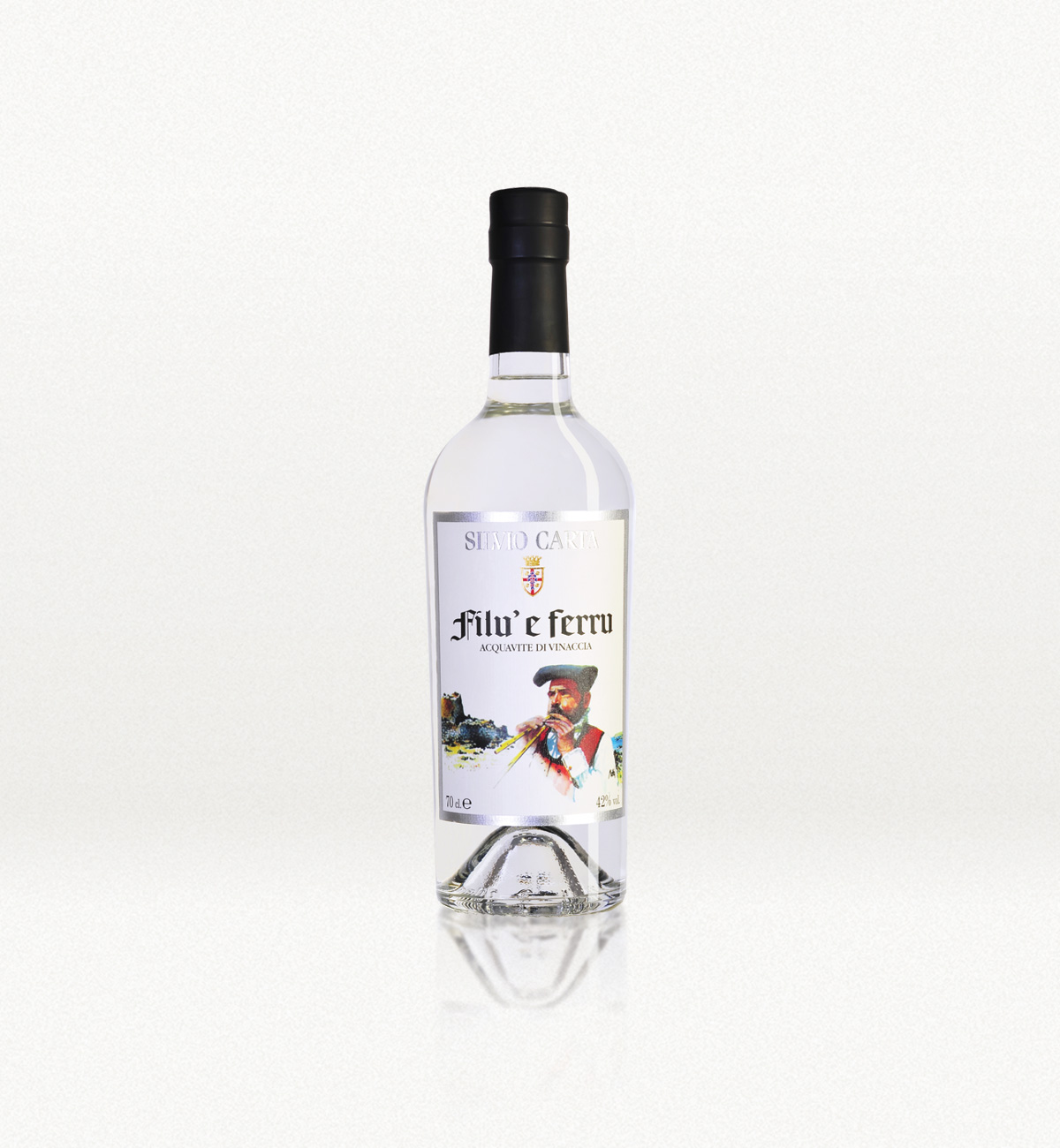 Characteristic with sensational references to Vernaccia.

It is unique thanks to its savoury flavour, delicateness and softness. The essence of Vernaccia is found within it.

The Filu ‘e Ferru’ distilled liqueur, better known in Italy as ‘Acquavite di Sardegna’, has very deep origins. The name, when literally translated, means ‘iron wire’. The reason dates back a hundred years, to the time of Prohibition, when even in Sardinia it was forbidden to privately distill. The forbidden factor had incredible effects: there was a still for every man. Virtually everything was clandestinely distilled in the island. To evade the checks of the Justice, the containers with the precious distilled liqueur were hidden under the ground. To be able to later identify their correct position, they were tied using one or more iron wires with one end coming off the ground.

Elio Carta particularly likes this product, since even his great-grandfather produced it clandestinely. He therefore wanted to experiment with a new recipe that enhances its qualities and made the Filu ‘e Ferru by the Silvio Carta company different from other versions available on the market. It is of great excellence within its sector.

It comes from the distillation of selected Vernaccia pomaces, which are left to ferment and, after a month, they undergo a first distillation with the transfer in steam currents. After a long resting period, the pomaces undergo a second distillation but in discontinuous copper stills, paying attention to the separation between head and tails in the distilled liqueur. Only the heart, the most refined part of the product, is destined for bottling.

It must be offered to the guests at the end of meal accompanied with almond dry bisquits like tradition want.